Perhaps best known for his hit record I Wish You Would, this DJ's been at the forefront of the house and minimal/electro scene for the most-part of the 2000's. Best of House recently caught up with the Dutch superstar to find out what he's been up to as well as what lies ahead. Here's what Martijn Ten Velden had to say... 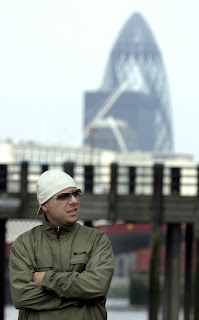 BOH - Let’s start from the beginning. Martijn Ten Velden: How did it all begin?

MTV - Well, I bought my first drum machine (Roland tr-808) when I was fifteen with money I made from doing the paper rounds in the morning before going to school. Then I bought one deck and a little mixer so I could scratch over the top of my beats. I just loved playing around with beats and records and I’m still doing it and loving it today!

BoH - What was the first dance record you bought and when was the last time you listened to it?

MTV - I remember one of the first records I ever bought was by Gary Bird and It’s called ‘You wear the crown’. It’s like an old school rap record with a disco beat. It’s been collecting dust in my Dad’s attic for a long time now..

BoH - As an international DJ you travel a lot. Where do you find the time for producing?

MTV - I start a lot of ideas on the airplane or in a hotel and then continue working on them in my studio at home in the weekdays. I try to make more time for producing these days because it’s easy to just DJ and do nothing else, so I deliberately take some weekends off from DJing to get more done in the studio, otherwise there’s just not enough days in the week.

BoH - Do you have a favourite club/country to DJ in?

MTV - There are so many great clubs out there it’s ridiculous! I’ve had so many great experiences in many countries. But I would have to say my favourite country to play in is Brazil. The amount of great clubs in that country is amazing and the people just love dance music like nowhere else - except maybe in Bulgaria, Romania, U.S.A, Russia, Denmark, UK.. :)

BoH - You’ve just released the rather epic, Together and along side it the Dubai Dub. Why Dubai?

MTV - Haha, you’re the first one to ask! It’s because I moved to Dubai last summer and I did it in Dubai. So I thought it a fitting title.

BoH - Your Chime remix was undoubtedly one of the biggest tracks of the winter, and no doubt will make a big resurgence this summer. Were you ever nervous about it living up to the original?

MTV - Not nervous, because nobody can touch the original anyway, but I knew from the start I had to make a big effort and treat it with a lot of respect. I just spent a lot of time on it, trying to give it the class production that it deserves and also give it a modern twist.

BoH - Do you have any more remixes coming up?

MTV - I did a remix of the old Heller & Farley classic “Ultra Flava’ which just came out on Junior Boys Own recently, and I also have a remix coming out on Stealth Records of Martin Acorsi ‘This is How we Do’.

BoH - What are you working on at the moment?

MTV - I am putting the finishing touches to my new mix album this week. It’s the next offering in the ‘Defected Clubland Adventures‘ Series. I made a real special effort on this one as it’s Defected’s 10th anniversary this year. Every track in the mix is from the Defected catalogue. I tried to mix the old and the new together in a really fresh way, so almost every track is a re-edit with an accapella from another track over the top, extra beats and some extra sound effects. I used a total of 36 titles to put the mix together, but it doesn’t feel rushed or over the top. Nice listening before going out!

BoH - If you could work with any artist/DJ who would you choose and why?

BoH - What has been your proudest moment in and out of the music world?

MTV - Winning the Dutch Junior Athletics Championship 4 x 100 meters relay when I was 16. Sometimes when I feel a bit rough I look at the big gold medal and it still lifts my spirits!

BoH - Is there anything you’d like to say to the readers of Best of House?

MTV - Come and visit me sometime on MySpace or Facebook to check what I’m up to, please!! Hahaha. Also my new website is about to go live! If you register we’ll have some free music and DJ mixes by myself for you! And you’ll be kept up to date with all my wrongdoings. Keep house music alive!!
Posted by Admin at 12:59 1 comment:

Once again it's time to get those promos out there. Here's the best of April so far!

Relentless - GEO600 (Original Mix)
Deep, techie, progressive. Pretty much sums this one up.

Tiesto - "Lethal Industry" (DJ Red & Josh Dupont 2009 Mix)
The American due put out their take of the Tiesto classic this week. Electrofied!

Alaa - Melia (Original Mix)
Alaa - Eurynome (Original Mix)
It seems there's a new release every week from this guy. Fortunately they get better and better. More dreamy progressive house here.
Posted by Admin at 15:34 No comments: Our resident podcaster has released his latest 'Spring' tech house mix featuring some seriously hot tunes right now. More impressively Nick won IDJ Magazine's Raw Talent competition for his January mix judged by Deepgroove, Jody Wisternoff (Way Out West) and Riva Starr! Be sure to subscribe to this man-of-the-moment so as not to miss a beat!

Radio 1 DJ and legend Pete Tong was the first to air Calvin's latest hit over a month ago in the UK and it went down a storm, being played in consecutive shows after. Since then there's been a Deadmau5 and Herve remix with Tiesto's effort for release shortly. Meanwhile the original went on sale yesterday and will almost certainly be the Scottish DJ's first solo number one.

This Saturday 11th the Californian-based Shade party returns for more mayhem featuring some fantastic DJs including a 3-hour set from Porter Tinsley & Saynt. Held at Woodley Park, Van Nuys expect a fun 'picnic' atmosphere with plenty of the hottest house music to keep you on your toes. Organisers divaDanielle and Porter Tinsley will be welcoming those of all ages while this party in the park is free and will be collecting donations to Heal The Bay for anyone who's feeling generous. For more info, CLICK HERE!

Email ThisBlogThis!Share to TwitterShare to FacebookShare to Pinterest
Labels: -Clubbing

After a brief hiatus (wherein laptops crashed and ultimately died, only then to be resurrected from the brink), Hikari No Sato finally returns to re-invent the Future Technology podcast and entertain your eardrums once more. FT2.0 promises to continue in the tradition of bringing fresh floor fillers and headphone anthems together in one complete session (and it's just the right size to burn on to a CD if you still like your mixes the oldschool way!)


Download / Playlist / RSS Link
Posted by Hikari No Sato at 20:57 No comments: