It was going to happen... The huge popularity of the micro-blogging service has caught up with us and now you can now follow Best of House to stay up to date with exclusive news on our plans. For example, right now 'Bestofhouse is arranging interviews with some big names! ;)'

We won't be showing our status on the blog in future, so subscribe to our new Twitter feed at twitter.com/bestofhouse for exclusive insider info.
Posted by Admin at 13:08 No comments:

Email ThisBlogThis!Share to TwitterShare to FacebookShare to Pinterest
Labels: -News

Back with his first podcast of the year, Hikari No Sato presents Episode 008 of Future Technology by taking things right back to where it started - minimal house. Taking in tracks from many new labels currently expanding the scene, FT008 is the perfect mix for chilling on a lazy afternoon or to wind down your latest big night out.

Download / Playlist / RSS Link
Posted by Hikari No Sato at 22:51 No comments:

Email ThisBlogThis!Share to TwitterShare to FacebookShare to Pinterest
Labels: -Podcasts, Hikari No Sato

The international footwear brand Kickers is helping celebrate the release of a new CSS remix of Chromeo's funky electro album title track. Though the album, Fancy Footwork was released way back in 2007 its hit single of the same name has remained ever popular still featuring in today's DJ sets. Of course, there have been many remixes since the album dropped but Kickers were keen to get on board with this one.

The Fancy Footwork campaign launched at music festivals last year where revelers were challenged to be filmed throwing down their finest footwork onboard a huge trailer for the chance to appear in a finished Chromeo video. The trailer toured some of the UK’s best live events such as Bestival, T4 On The Beach and Get Loaded.

The end result is the video above, produced by animation house Lovebite, who wove dozens of people’s dance-moves together to create a mountain of feet that would go on to power the star of the video; the home-made, motion-powered incredible ‘machine’ unleashing some rather extraordinary Kickers shoes.

To mark this occasion the shoe brand are also giving away two remixes for free download over at their MySpace page. You can hit the direct links below. 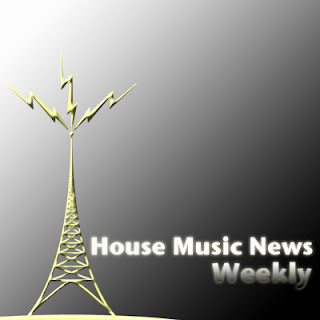 Its Monday 26th January, and that means it's time for your weekly dose of house music news. This dedicated show is the first of its kind and delivers 'the latest house music news in less time than it takes to eat your breakfast' every Monday morning. Subscribe to the feed and never feel left out again!

This was sent to us by Trerise, an unsigned producer from Vancouver, Canada. The name pretty much sums up this one. An eerie pulsating bass drone proves character while synth and rhythmic percussion interplay with each other to create this genre-blending track. Check out Trerise's MySpace here and click the link below to download!

Trerise & DeGrace - Personal Demons
Posted by Admin at 18:04 No comments:

Its time for the sixth instalment of DJ Copernicus' ever popular monthly podcast. Start the weekend with this hour long deep house mix guaranteed to soothe your soul. There will be a new episode every month featuring many of the wide ranging sub-genres of house so be sure to subscribe so as not to miss a thing.

Sander Van Doorn has today released the second of three clips about how he puts together his tunes from start to finish. In this episode the DJ adds melody and strings to the arrangement. You'll need to register first, but if you want to learn from a pro how to create that perfect club track simply click the links. 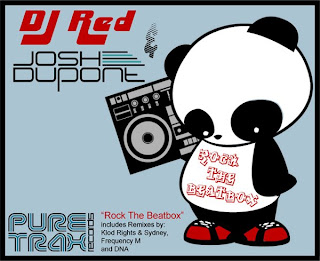 Josh sent us this one personally. These Houston boys certainly are rocking our speakers with their latest tune. You can download the full track below.

The second tune to feature on Kelevra's 'Clean Jeans' EP is one of the biggest electro records around at the moment. Radio and club DJ, Bam Bam (not to be confused with the late 80's acid producer) has turned Kelevra and Nathan Boon's collaboration effort into a hard hitting monster of a track. Its catchy pulsating bass line and extreme build-ups makes it a tune you simply won't forget. Just try NOT nodding your head to it!

Its Monday, and that now means its time for your dose of house music news. This dedicated show is the first of its kind and delivers 'the latest house music news in less time than it takes to eat your breakfast' every Monday morning. Subscribe to the feed and never feel left out again!

Mastiksoul's trademark tribal house sound meets the Daft Punk vocal that simply won't go away. Not that it should, but Run For Cover certainly wouldn't sound any worse without it. Either way this bouncy house track sounds great for radio or club and has quickly risen to feature in Beatport's top 3. Released several weeks ago on the London-based DJ's Sensitive To Funk EP, this tune is definitely one for your collection.


Official MySpace / Buy
Posted by Admin at 18:06 No comments:

Email ThisBlogThis!Share to TwitterShare to FacebookShare to Pinterest
Labels: Mastiksoul 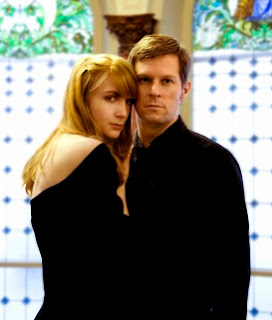 Swedish electro-pop group, Friday Bridge (Ylva Lindberg and Niklas Gustafsson) have released Dumb Dan's remix of Shanghai Shipping for free on their website to promote their upcoming album, Bite My Tongue. The remix is very Chromeo-esque with its quirky-funk rhythm and 80's electro synths. You can also download other tunes for free via their website including Rubbah's remix of Literature.

January 31st sees Birmingham's Air play host to Eric Prydz, Sebastian Leger, and electro wonderkid, Hervé. To win tickets to the event all you need to know is that Eric Prydz's record label is called Mouseville. But we didn't tell you that..

For more details hit this link. Good luck!
Posted by Admin at 21:21 No comments:

Email ThisBlogThis!Share to TwitterShare to FacebookShare to Pinterest
Labels: -Competitions

Fresh outta Stockholm, this young Swedish producer has this great progressive track out for release on the 26th of January. Featuring a dream-like synth line and a pulsating rhythm you can expect to hear this a lot more in the upcoming months. Also worth checking out is the Matheus Komar remix for a more club-worthy experience.


Official MySpace
Posted by Admin at 16:25 No comments:

Its Monday, and that now means its time for your dose of house music news. This dedicated show is the first of its kind and delivers 'the latest house music news in less time than it takes to eat your breakfast' every Monday morning. Subscribe to the feed and never feel left out again! Nick Bowman's been busy the last few months, playing Ministry of Sound's The Gallery night and Scala's New Years Eve Smartie Partie along the way. His latest mix is a reflection of his top driving tech-house tunes of the moment. Don't forget to subscribe via the link below!

Californian-born Joey Youngman started producing when he was 11 and hasn't looked back since. After a string of successful releases the DJ most known for his deep-house tracks started to produce under the Wolfgang Gartner alias releasing more tech-house/electro tracks. Flashback was released in December and has been a screamer on dance floors long before that. This very bouncy tune would kick off a party anywhere!


Official MySpace / Buy
Posted by Admin at 14:18 No comments: