As promised last week, Future Technology has evolved! Phase Three of Hikari No Sato's podcast promises the same quality music from all reaches of the house genre, from the tweaking and rumbling of deep and tech-house, through to the feel-good rhythms and upbeat soul of funky house, and all that comes in between!
Episode I is a bit of a tech affair, taking notes from Sasha's emFire label, The Timewriter's 'Deep Train' series, and the darker edges of some of Global Underground's releases. This one is a bit of a journey...

Hikari No Sato has a Paypal for this podcast. If you've enjoyed what you've heard then now's your chance to give back! Follow the link to the playlist, the donate button is located on the right.
Posted by Hikari No Sato at 19:34 No comments:

Email ThisBlogThis!Share to TwitterShare to FacebookShare to Pinterest
Labels: -Podcasts, Hikari No Sato

The last few years have seen one particular Dutch DJ rise like no other. Although having had brief success with several releases way back in 2004 (Dark Roast, Loaded, Punk'd) it wasn't until 2008 that the new maestro of both house and trance received worldwide recognition for his efforts debuting at #13 on the reputable DJ Mag Top 100 list and receiving rave reviews for his album, Supernaturalistic.

Fast-forward two years and Sander Van Doorn is considered one of the finest DJ's in the world. Every release is a hit, his label Doorn Records is quickly picking up pace, and Sander's latest adventure entails tearing up the American continent on a massive six-week tour.

So, what does being a superstar DJ actually entail? Best of House goes digging.. 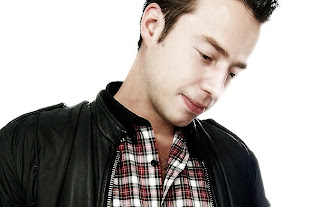 BoH - You’ve just started a huge six-week tour of America. What was it that attracted you to play there?

Sander - I have never done a big long American tour and thought it was about time I did! It’s a long trip to the US as well so rather than spending most of my time flying over the Atlantic I thought it would be much better to get a decent tour sorted where I play in a variety of places throughout the country in one go and not just the same clubs as can often happen when I come over to play one or two gigs.

BoH - Is there anywhere in particular you’re looking forward to playing on your tour?

Sander - I think a couple of highlights will be playing the Boombox at Bal en Blanc and of course my own night Dusk till Doorn back at The Guvernment in Toronto which was amazing last time. Of course Miami is going to be great as well but to be honest I’m looking forward to the tour as a whole, it will be brilliant spending so much time especially in the States.

BoH - You’re a few gigs in to the tour now. Has it gone as well as you hoped?

Sander - Well I’ve only done 2 gigs so far but Beyond Wonderland really was amazing – one of the best gigs I’ve done in the US, so it’s a pretty good start so far!

BoH - Miami’s coming and you’ve got some big parties to thrill. Are you excited?

Sander - Yes I’m very excited! Miami is always great fun. It’s going to be great playing the parties but also hanging out with people and discovering some new music.

BoH - How will you spend your free time in Miami?

Sander - I’ll be checking out a few parties here and there but I’ll definitely be trying to stay pretty chilled in preparation for the tour ahead. Hopefully catch some time in the sun while I’m here after a long winter back in Europe!

Sander - I’d like to think I go more golden brown than lobster red!

BoH - After a set do you join in the fun on the dance floor or do you prefer to relax?

Sander - I generally like to chill out after DJing but on special occasions I’ll definitely get involved in the after parties. I’m sure a couple of these occasions will pop up over the next month as I’m on the road!

BoH - We have to mention your latest work, Daisy. Can you tell us a bit about how it came to be?

Sander - I made it in my studio in Eindhoven. I think it started when I made the eerie lingering sound that you hear throughout the tune and it just developed from there. I guess that initial sound was the inspiration for it. Some tunes just happen and you can’t really explain how!

BoH - After winning Best Breakthrough DJ in 2008 and Best Electro House DJ in 2009 for your sets in Ibiza, what are you looking to achieve in 2010?

Sander - I’m going to be really focusing on writing my album this year so I’ll be spending a lot of time in the studio between gigs.

BoH - Several artists have been sharing tracks they’ve made for fun in their spare time. Do you ever try your hand at other genres and have you thought about sharing them with your fans?

Sander - I sometimes play around with ideas in the studio but they don’t always develop into finished tracks. As I work on my own and travel a lot I try to focus on writing tracks for release. There aren’t enough hours in the day!

BoH - One release coming up will be the long-awaited follow up to your 2008 album, Supernaturalistic. How will this one compare?

Sander - One main difference is that there will be more collaborations on this album. I can’t reveal anything yet but there are a few in the pipeline which should give an interesting angle to it. Mainly though it will hopefully reflect my development as an artist over the last 2 or 3 years.

BoH - Finally, do you have any words of wisdom for your fans and the readers of Best of House?

Sander - Thanks for all the support and hopefully catch you at one of the gigs on this tour! Cheers!


All details of Sander's tour can be found on his website. If you're lucky to be an-route be sure to catch Sander at his best!
Posted by Admin at 14:21 No comments:

You remember Hikari No Sato's Future Technology, don't you? And then FT2.0? Well, after a second year of podcasts, he's updating it all over again. Future Technology Phase Three graces our pages and enters your ears at the end of the month, promising a continued look into all genres of house and beyond. Keep those eyes (and ears) peeled.
Posted by Hikari No Sato at 03:30 No comments: The Best of House resident DJ and podcaster is back with two mixes this month to get you dancing in your chair, and hopefully out of it too! Playing the hottest beats around, Nick Bowman's selection is once again top notch. Subscribe by clicking the RSS link below!

The English duo from Brighton (that's Ben Prok and James Fitch) have been busy of late. The last two months have seen twelve of their productions released and this one has got the extra special Axwell treatment. Repping Italy is Daddy's Groove (another duo, Giovanni Romano and Giuseppe Maresca) so all in all six people have worked on this track including the enchanting vocal talent of Londoner Nanchang Nancy. With that amount of man (and lady) power you'd expect this track to turn some heads and it sure has done, featuring on every radio show/podcast and dance floor for the last few months!

FT2.0 returns with its twelfth episode, marking a full year's cycle for Hikari No Sato's podcast series. Over an hour's worth of seamless tracks fill this month's mix, opening on some fresh new mellow synth works before diving headlong into the world of tech-house and techno.

Hikari No Sato now has a Paypal for this podcast. If you've enjoyed what you've heard over the course of the year, now's your chance to give back! Follow the link to the playlist, the donate button is located on the right.
Posted by Hikari No Sato at 02:12 1 comment: